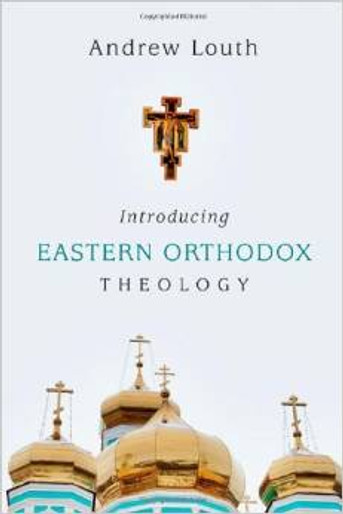 With an estimated 250 million adherents, the Orthodox Church is the second largest Christian body in the world. Its tradition, ancient and deep with strong theological vision and firmly rooted spirituality also boasts of beauty and an emphasis on wonder.

But what are the essential theological components of the Eastern Orthodox Church? Introducing Eastern Orthodox Theology is an absorbing account of Eastern Orthodox thought on key issues such as Trinity, Christ, sin, humanity and creation as well as praying, icons, the sacraments and liturgy. A comprehensive introduction places the reader in the appropriate historical context for reading these essays. This book is an excellent primer for those interested in the Eastern Orthodox church.

“This is an exceptional introduction to Orthodoxy. Instead of presenting a summary of church history, teachings and practices, Andrew Louth grounds his account of the church and her theology in the encounter with God in liturgy and prayer, expounding historical controversies and theological themes as they arise out of that encounter. The result is both personal and profound, inviting readers to explore and experience for themselves the mystery of God in Christ.” -Fr. John Behr, St. Vladimir’s Orthodox Theological Seminary, New York

Andrew Louth is professor emeritus of Patristic and Byzantine studies at Durham University, England. He is also a priest of the Russian Orthodox Diocese of Sourozh (Moscow Patriarchate), serving the parish in Durham. His recent publications include Maximus the Confessor (Routledge) and The Origins of the Christian Mystical Tradition (OUP). He is editor of Genesis 1-11 in the Ancient Christian Commentary on Scripture Series (IVP).