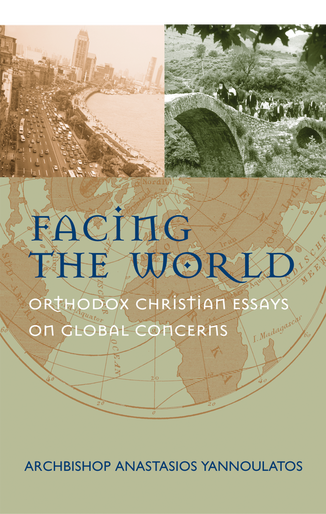 The process of globalization evokes either euphoria or alarm: Some view globalization as an unmistakable sign of progress, while others view it as an unquestionable threat. Nevertheless, the accelerated development of economic, scientific, political, and social links among all the peoples of the world have turned our planet into a megalopolis replete with slums. In this work Archbishop Anastasios presents his conviction that the ecumenical vision of the Orthodox Church is the "best response" to the emergent global conditions. His words invite us to broaden our field of vision and encompass the whole earth.

He argues that in the Orthodox tradition everything is understood in a universal context, from the creation of the world to the vision of the new heaven and new earth. The human enterprise as a whole and the salvation of the entire world remain the basic themes of Holy Scripture. Archbishop Anastasios discusses the Orthodox perspective on human rights, the dialogue with Islam, and the relationship between culture and the gospel and provides an understanding of world religions.

About the Author:  His Beatitude Archbishop Anastasios is Emeritus Professor of the History of Religions of the National University of Athens, where he taught for twenty years, including serving as the Dean of the Faculty of Theology. As Archbishop of Tirana and all Albania, he rebuilt a church decimated by twenty-four years of persecution.