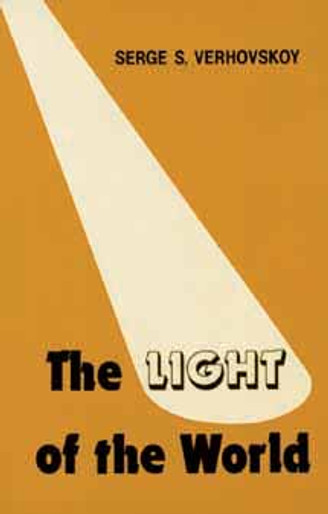 The five essays in this book offer the reader a concise, theological view of the fundamental doctrines of the Orthodox Church. Included are three pieces devoted to the general themes of "Orthodoxy," "Christ," and "Christianity," and two more detailed studies on catholicity and Chalcedonian theology. All are sufficiently broad to be used by the average layman, yet penetrating enough to enrich the clergyman or the scholar. And all have but one simple purpose: to present the teachings of the Church, not only as an object of investigation, but as a reality to be entered into, an invitation to come and be with Christ--the Light of the world.

The Author:The author of these essays is Professor Emeritus of Dogmatic, Moral and Comparative Theology at St Vladimir's Seminary. Among his previous publications are the book God and Man (in Russian) and various articles in theological journals. Professor Verhovskoy, however, is best known for his teaching activities. Having served on the faculty of St Vladimir's for nearly three decades, he has helped to train several generations of American Orthodox clergymen and theologians.

The Light of the World: Prayers to our Lord and Savior Jesus Christ