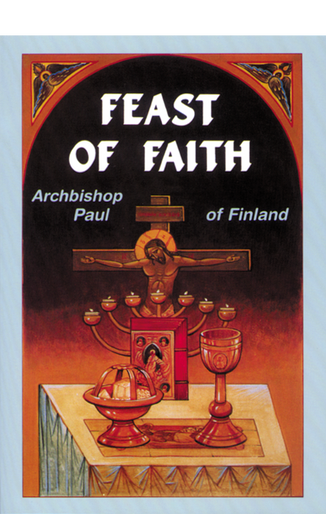 The Eucharist of the Divine Liturgy, is at the very center of the Church's life. A "pastoral letter" on the Liturgy to his flock, this work by a noted Orthodox hierarch speaks eloquently to all Orthodox, indeed to anyone who seeks to understand the role of liturgy in Eastern Christian life.

The author bears witness to the remarkable Eucharistic revival which has taken place in Finland. Using simple, accessible language, he guides the faithful towards a deeper understanding of the rites and prayers of the liturgy, and thus towards a more fruitful participation in the Banquet of the Kingdom.

About the Author: Archbishop Paul, head of the Orthodox Church in Finland from 1969 to 1987, is well known for his popular explanation of Orthodoxy in The Faith We Hold, which itself originated as a pastoral letter.

Feast of Palms, The