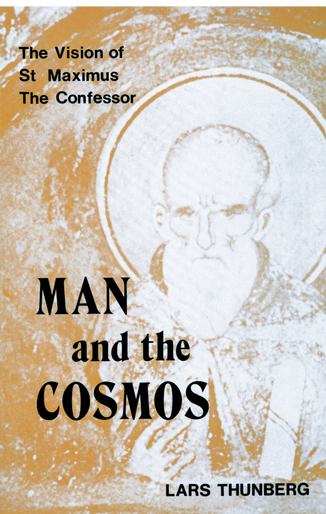 Lars Thunberg, the author of the excellent study Microcosm and Mediator: The Theological Anthropology of St Maximus the Confessor, provides in this text a shorter, more popular study of this famous Byzantine theologian. While preserving the essence of his earlier work, he makes accessible to the general reader the thought of Maximus on the cosmos, the nature of man, man's relationship with God and the world, Christology, the liturgical and sacramental dimension, and history and eschatology. Included also is an excellent appendix on "Symbol and Mystery: Christ's Eucharistic Presence."

According to Thunberg, what concerns Maximus most of all is "the central fact [of] the reciprocity between God and man. On the ontological level, this reciprocity is one between an archetype and its image. It should become manifest on the existential level through a double movement: God's movement toward men in the Incarnation...and man's movement toward God in the imitative process of deification... The reciprocity between God and man for Maximus implies a natural capacity, and even will, to move in the direction of the other."

St Vladimir's Seminary Press publishes a wide selection of books on Orthodox theology, including: Orthodox Theology: An Introduction, by Vladimir Lossky; The Vision of God by Vladimir Lossky; The Life in Christ, by Nicholas Cabasilas; and The Orthodox Way, by Bishop Kallistos (Ware). Each of these focuses on the themes developed by St Maximus concerning the nature of man and his relationship to God and the world.

Man and the Environment

Man and the Environment