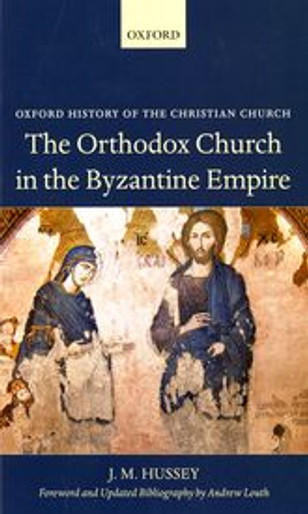 This landmark history describes the role of the medieval Orthodox Church in the Byzantine Empire (c.600-1453). As an integral part of its policy it was (as in western Christianity) closely linked with many aspects of everyday life both official and otherwise. It was a formative period of Orthodoxy. It had to face doctrinal problems and heresies; at the same time it experienced the continuity and deepening of its liturgical life. While holding fast to the traditions of the fathers and the councils, it saw certain developments in doctrine and liturgy as also administration.

Part I discusses the landmarks in ecclesiastical affairs within the Empires as well as the creative influence exercised on the Slavs and the increasing contacts with westerns particularly after 1204. Part II gives a brief account on the structure of the medieval Orthodox Church, its officials and organization, its monasticism, the development of the eucharist and the liturgical year, and the spirituality of laity, monks, and clergy.

This paperback reissue of Hussey's classic text includes a new foreword and updated bibliographical note by Andrew Louth, reflecting developments in the field of Byzantine Studies since first publication in 1986.

J.M. Hussey (1907-2006) was an Honorary Fellow of St. Hugh's College, Oxford and for many years Professor of History in the University of London. Her many publications included Church and Learning in the Byzantine Empire 867-1185, The Byzantine World, Cambridge Medieval History, Volume IV, Parts I & II (editor and contributor), and The Finlay Papers.