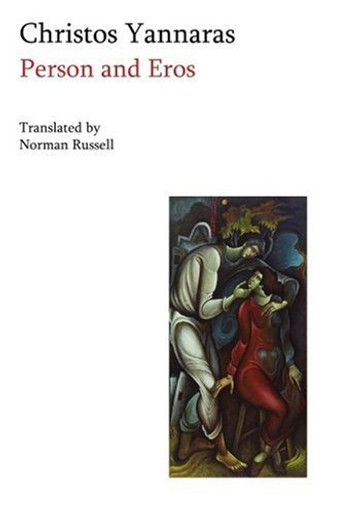 Person and Eros is probably one of the most important theological works to be published in Greece in the twentieth century. It addresses the question of how we encounter the ultimate reality we call God. Christos Yannaras argues that the intellectual ascent to first principles which is characteristic of the Western philosophical tradition is based on mistaken premises. We cannot encounter reality simply through conceptual knowledge. The knowledge of truth is not exhausted in its linguistic expression; it is acquired through immediate experience. Yannaras thus leads us by way of the problem of knowledge to a theological vision of union with the supreme mode of loving self-transcending and self-offering being. Norman Russell's lucid translation makes this vision accessible for the first time to English-speaking readers.

"Christos Yannaras has been for several decades one of the most prolific, original and contemporary Orthodox writers in Greece. He is perhaps one of the most significant Christian philosophers in Europe, and it is wonderful to be able to welcome this sustained enterprise in making him accessible to English-speaking audiences." -Rowan Williams, Archbishop of Canterbury

"A work of enormous scope, animated by intellectual passion and written with lucidity and rigor, it will remain one of the most significant products of Greek thought in the twentieth century." -Bassilio Petra, Professor of Ethics at Facolta Teologica Dell'Italia Centrale

Christos Yannaras is Professor Emeritus of Philosophy at the Panteion University of Social and Political Sciences, Athens. Born in Athens in 1935, he studied at the Universities of Athens, Thessalonica, Bonn and Paris. He holds doctorates in philosophy from Sorbonne and in theology from Thessalonica. The author of more than twenty books, he has been translated into a number of languages.

Person to Person: The Orthodox Understanding of Human Nature

God and You: Person to Person (Developing a Daily Personal Relationship with Jesus)