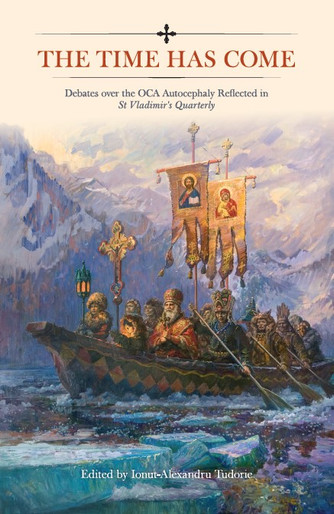 This is a hardback commemorative volume, compiled in celebration of the 50th Anniversary of the autocephaly of the Orthodox Church in America (OCA). Edited by St Vladimir's Academic Dean, Ionut-Alexandru Tudorie, the volume contains a collection of debates over the OCA Autocephaly and the state of Orthodoxy in America reflected in St Vladimir's Theological Quarterly. The various articles were written in the years leading up to and following the Russian Orthodox Church granting the Tomos of Autocephaly to the OCA (then known as the Russian Orthodox Greek Catholic Church of America) in 1970.

“The storm provoked by the autocephaly of the Orthodox Church in America is probably one of the most meaningful crises in several centuries of Orthodox ecclesiastical history,” wrote Protopresbyter Alexander Schmemann in his article, “A Meaningful Storm: Some Reflections on Autocephaly, Tradition, and Ecclesiology” (1971).