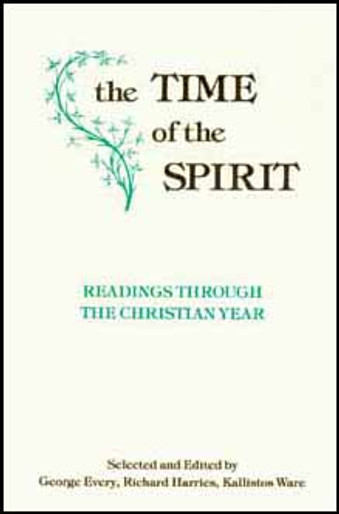 The purpose of this anthology is to show how time--the sequence of days, months, and seasons--can be taken up into Christ, and so be sanctified and transfigured. It reveals some of the unfamiliar treasures to be found in the three great traditions of the Church: Roman Catholic, Orthodox and Anglican. Beginning in September with the creation of the world, the sequence of sacred time unfolds. In October the theme is the human person; later comes the cycle of Christ's incarnation, death and resurrection leading to Pentecost and the revelation of the Trinity; the book ends in August with the final glory of the age to come. Within each month some of the more important saints or their works are featured. This is a book that many will turn to as a source of inspiration and enjoyment, and an invaluable new resource for ministers, teachers and families.

The tradition of the Church is not so much a long line stretched out in time, as the gathering of time itself in which this anthology has been compiled. It demonstrates that the past is active and alive in the present and that the different traditions express the exciting diversity of Christianity. The value of such a book is found in the discovery of the common spirit which unites the great traditions, expressed in poetry and hymnography, spiritual literature of the great ascetics and monastics, and in the lives of notable saints and church leaders throughout the centuries.

Other books on the Church Year, published by St Vladimir's Seminary Press include: The Year of Grace of the Lord by A Monk of the Eastern Church, by George Barrois, Great Lent: Journey to Pascha by Alexander Schmemann, and The Lenten Spring by Thomas Hopko.

Words for Our Time: The Spiritual Words of Matthew the Poor

To Join Together, The Rite of Marriage