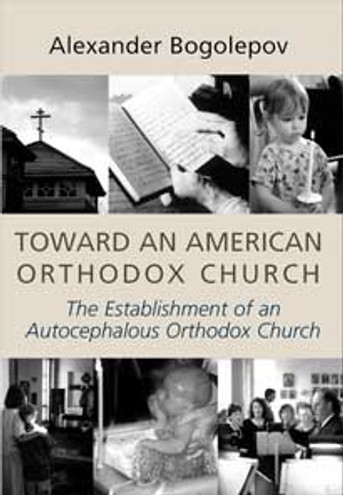 The Orthodox Church is a communion of local churches, internally self-governing but united in faith and sacramental life. Orthodox ecclesiology aims at "unity in plurality," allowing Orthodoxy to adapt to new circumstances and embed itself in a variety of cultural contexts. But this ecclesiology now faces new challenges - nationalism, communism and massive emigration to the Americas and other lands. Orthodox Christians in the West face the critical question of how to establish a local church.

When Bogolepov's Toward an American Church appeared in 1963, North American parishioners were tiring of inter-jurisdictional disputes, and the newly formed Standing Conference of Canonical Orthodox Bishops in America (SCOBA) was taking steps toward unity. Bogolepov's book envisioned the establishment of a fully Orthodox local church in America free of the pressures and political entanglements of the "mother churches" of the Old World. Despite this vision, Orthodoxy in America remains divided, and the issues of autocephaly, autonomy and the diaspora are as divisive as ever. For this reason, Bogolepov's clear and sober presentation continues to demand our attention and consideration.