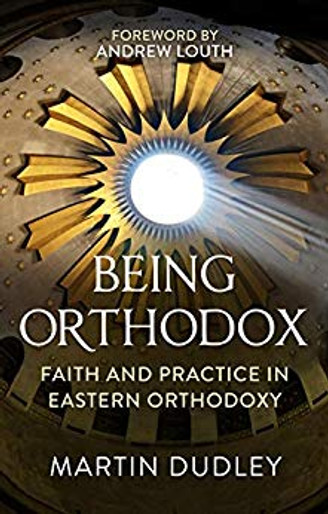 This warm invitation to explore the mysteries and complexities of Orthodoxy is for all who seek to live as - or to become - an Orthodox Christian.

Until now there has been little in the way of a comprehensive, accessible guide to what matters most in Orthodoxy. However, as a new convert - one who has 'found a country he likes so much that he has chosen to move there' - Martin Dudley is familiar with the questions, the feelings and the challenges that arise.

He explains that to grasp Orthodoxy, one must think and act as the Orthodox do, suspending the Western analytical sense and freeing ourselves to perceive unity and interaction, as we move constantly between Unity and Trinity in God, and between the parts and the whole in the Church.

Drawing on a wealth of diverse material, from the Church Fathers to the holy Elder John of Valamo, from the letters of Tchaikovsky to straight-talking Mother Thekla, he explores the essentials of belief and provides guidance on participating in the Liturgy (frequently described by the non-Orthodox as beautiful, but incomprehensible, and so long!), as well as on the requirements for fasting and confession and the essentials of Orthodox prayer.

In celebrating the culture of Orthodoxy, shaped as it is by many different ethnicities and languages, and expressed in the art, music and literature that so often draw people to it, this volume fully conveys the rigour and joy of being - and becoming - Orthodox.

A Faith Encouraged: A Devotional Guide to Being Orthodox on Purpose