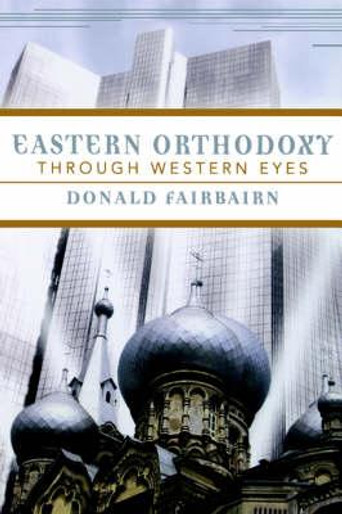 In the last decade, Eastern Orthodoxy has moved from being virtually unknown to Western Christians to being a significant presence on the religious scene in North America and Great Britain. In light of Orthodoxy's growing presence, this book will introduce Western Christians to the Eastern Orthodox vision of the Christian life by examining Orthodox theology and worship and will also alert readers to the cultural and historical factors that shape any interpretation of the Christian faith.

"Dr. Fairbairn has provided his readers with a lucid and remarkably balanced appraisal of Eastern Orthodoxy from the perspective of a committed Protestant. Both Eastern and Western CHristians can learn a great deal from this book. This is an important work, indeed, even a 'milestone' of East-West exchange. I welcome it." -Alexander Golitzin, Associate Professor, Department of Theology, Marquette University

Donald Fairbairn is Associate Professor of Historical Theology and Missions at Erskine Theological Seminary in Due West, South Carolina.