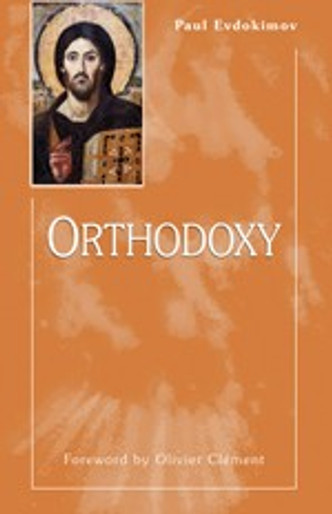 "The appearance in 1965 of Orthodoxy, a masterpiece of synthesis, was a landmark in religious publishing and earned for its author a doctorate of theology from the Institut Saint-Serge in Paris. Paul Evdokimov here circumvents all scholastic theology on the one hand, and the traditional approach of the "Dogmatic" theologians on the other, to develop an original synthesis of Orthodox theological thinking. Although he constantly quotes the Fathers, he does so creatively, so as not simply to repeat them, but to incarnate their spirit in our own time and for our future. In addition, he enriches Patristic thought by bringing to bear on it the two great movements that have occurred in Eastern Christianity: the theology of the divine energies in the 14th century which enlightened our understanding of the material world and human culture; and the Russian religious philosophy of the first half of the 20th century with its prophetic intuitions, its Pentecostal understanding of the modern world, and its vital eschatology. A theological approach in which the human intelligence progresses by an ascesis of repentance, of the great conversion of the heart, metanoia, is here set forth so as to show, or rather celebrate, the theosis or deification of the whole human person.... An understanding we might call eucharistic, gathering together and clarifying the experience of life in the Church, an understanding inseparable from the golden chain of holiness, including the holiness of intelligence, which the Church venerates in those whom she calls the 'Fathers.' "