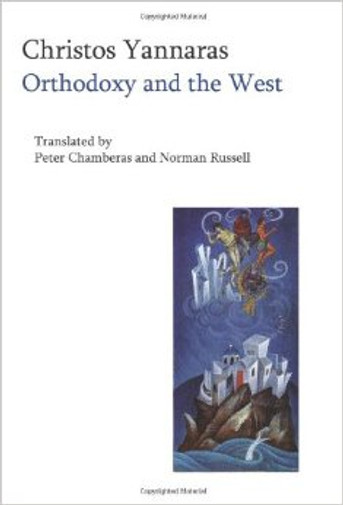 From the fourteenth century to the present day the Greek Church has either willingly adopted Western religious ideas or had them forced upon it by authoritarian Greek governments. This book tells the story, from a Greek perspective, of the penetration of Orthodoxy by Western theological attitudes, beginning with the first translations of Thomas Aquinas and ending with the tradition of academic theology of the modern Greek universities. The unfolding of the story, punctuated by many vivid portraits of the chief personalities of the times, raises searching questions about the nature of Hellenic self-identity.

"Christos Yannaras has been for several decades one of the most prolific, original and contemporary Orthodox writers in Greece. He is perhaps one of the most significant Christian philosophers in Europe, and it is wonderful to be able to welcome this sustained enterprise in making him accessible to English-speaking audiences." -Rowan Williams, Archbishop of Canterbury

"Christos Yannaras has been regarded with good reason as the most creative and prophetic religious thinker at work in Greece today. His ideas, in Orthodoxy and the West, are never less than bold and challenging, and are written in a particularly perceptive manner about the relationship between Greek Orthodoxy and Western culture." -Kallistos Ware, Bishop of Dioklea

Christos Yannaras is Professor Emeritus of Philosophy at the Panteion University of Social and Political Sciences, Athens. Born in Athens in 1935, he studied at the Universities of Athens, Thessalonica, Bonn and Paris. He holds doctorates in philosophy from the Sorbonne and in theology from Thessalonica. The author of more than twenty books, he has been translated into a number of languages.

Our Church and Our Children