Season of Repentance - Lenten Homilies of St. John of Kronstadt 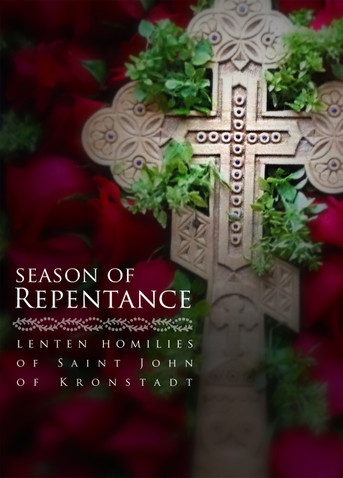 Season of Repentance - Lenten Homilies of St. John of Kronstadt

Each year we begin anew the journey to the radiant feast of Pascha, entering the season of repentance known as Great Lent. The homilies presented in the modest volume, from one of the spiritual giants of the Orthodox Church of Russia, can both encourage and inform us in this struggle of the Fast.

For the first time a selection of St John's Lenten sermons are presented in English translation. They follow the thematic structure of the Lenten season in the Orthodox Church, from the Sunday of the Publican and the Pharisee through to Great and Holy Friday. A sermon for St Thomas Sunday, that follows Holy Pascha, is offered as an Epilogue.

Ivan Ilyich Sergiev (1829-1908), known to his contemporaries as Fr John of Kronstadt, was the most revered figure of the Orthodox Church of Russia in the half-century leading up to the Bolshevik revolution of 1917. In 1964 the Russian Orthodox Church outside Russia formally glorified him as a Saint. St John of Kronstadt is best known through his spiritual journal My Life in Christ , that have been read by millions.

Sergio Tancredo Sette Camara E Silva is a native of Brazil and a graduate of Holy Trinity Orthodox Seminary in Jordanville, New York.  He is now a priest serving in South America.

When You Fast: Recipes for Lenten Seasons

My Life in Christ (Holy Trinity)