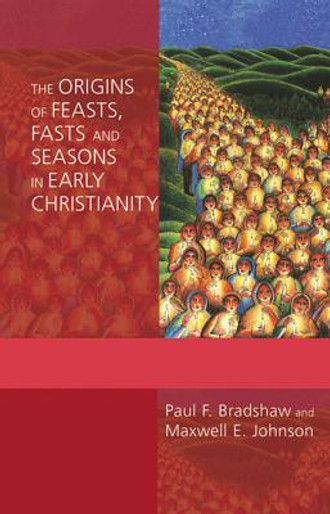 The liturgical year is a relatively modern invention. The term itself only came into use in the late sixteenth century. In antiquity, Christians did not view the various festivals and fasts that they experienced as a unified whole. Instead, the different seasons formed a number of completely unrelated cycles and tended to overlap and conflict with one another. In early Christianity, the fundamental cycle was that of the seven-day week. Taken over from Judaism by the first Christians, this was centered on Sunday rather than the sabbath. As the early Church established its identity, the days of the week set aside for fasting came to be different from those customary among the Jews. There also existed an annual cycle related to Easter.

Drawing upon the latest research, the authors track the development of the Church's feasts, fasts, and seasons, including the sabbath and Sunday, Holy Week and Easter, Christmas and Epiphany, and the feasts of the Virgin Mary, the martyrs, and other saints.

Pal F. Bradshaw is professor of liturgy at the University of Notre Dame, USA, an honorary canon of the Diocese of Northern Indiana, and a priest-vicar of Westminster Abbey. He has written or edited more than twenty books on the subject of Christian worship, together with over ninety essays or articles in periodicals. A former president of both the North American Academy of Liturgy and the international Societas Liturgica, he was also editor-in-chief of the journal Studia liturgica from 1987 to 2005.

Maxwell E. Johnson is professor of liturgy at the University of Notre Dame, USA, and a pastor in the Evangelical Lutheran Church in America. His numerous publications are on the origins and development of early Christian liturgy as well as on current ecumenical theological questions, especially among Roman Catholics, Anglicans, and Lutherans. He is the author and/or editor of over fifteen books and seventy essays and articles in books and journals. He is also a member of the North American Academy of Liturgy, Societas Liturgica, and the Society of Oriental Liturgy.

When You Fast: Recipes for Lenten Seasons

The Order of the Divine Services