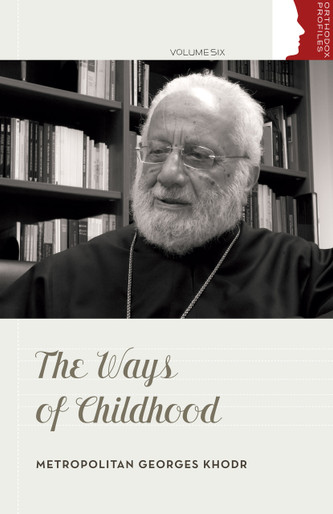 George Khodr is more than a writer and more than a scholar. Before all else, he is a pastor who used well his talents to introduce Christ into the human heart as well into the intellect.

Born in a multicultural and multi-confessional orbit, he kept a well rooted faith without being hemmed in, either within strict conservatism or within an atmosphere of liberalism.

Well rooted in the tradition like the cedar, and the adopter of an open approach to other religions and confessions, exactly like the cedar extending its branches to all, he can worthily be called the “cedar of the Antiochian Church.”

Patriarch of Antioch and All the East

Metropolitan Georges Khodr, Archbishop of Byblos and Mount Lebanon, is one of the foremost Christian voices of the Middle East. He studied theology at the Institut Saint-Serge in Paris, and received an honorary doctorate from St Vladimir’s Seminary in 1968.

Read the Introduction by Metropolitan Ephraim of Tripoli, al-Koura, and Dependencies

It is extremely hard for anyone to introduce this specific book by Metropolitan Georges Khodr, since it does not comprise a sole subject, such as childhood, but tackles a wide variety of complicated topics. Nevertheless within this complexity is wonderfully expressed the inner life of a soul that believes in God while living in the midst of this turbulent world. Hence, it is important to point out to the great benefits that a reader can acquire from this unique book.

Many topics are related to the faith of the Church in the midst of the world. It is worthy indeed to meditate on the faith, and on the Church in the world; he says for example, “the just shall live by faith” (Gal 3.11); “God should be the air we breathe . . . he should consciously be our only recourse” [p. 45].

Consider another example: On the topic regarding the pure in heart, he argues that a man pure in heart longs for God, for the true Lord, “. . . to whom shall we go? You have the words of eternal life” (Jn 6.68). On the other hand, he stresses that the Church remains the place of our salvation even if some of its members are sinners: “There is nothing for us to do other than to remain members of the Church . . . there, we listen to the gospel. There, we eat the Body and drink the Blood of Christ” [p. 46].

All the above-mentioned contemplations were grouped in a chapter entitled “The Majority of Christians Have Not Yet Been Born.”

What characterizes his style of writing lies in condensing the entirety of an important subject in a single sentence, such as: “Creation is in the breath of life” [p. 67], and not in institutions.Similarly in another place: “The word is more important than the voice” [p. 87].

In another beneficial topic, entitled “The Encounter of East and West,” the author, speaking through “his friend,” tries to reveal himself, to open his heart: “Living in the world ‘you are not of the world, yet I have chosen you out of the world’” (Jn 15.19). Then, he asser

Ways of the Lord

Way of a Pilgrim and the Pilgrim Continues His Way