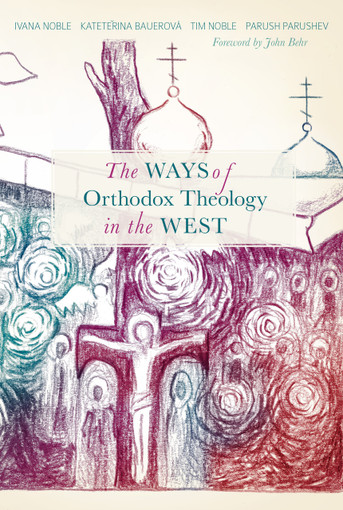 The story of Orthodox Christianity’s relationship with the West plays a pivotal role in the construction of Orthodox identity. That story took a decisive turn in the twentieth century. Suddenly, Orthodox thinkers, particularly those from the former Russian Empire, found themselves living in foreign lands and looking at Orthodoxy through the other end of the looking glass — the West. It was from there that Orthodox theologians were faced with the greatest challenge to their collective religious identity: What did it mean to be Eastern Orthodox outside of the East?

"This book is a powerful witness to the dynamism of the Orthodox tradition and the great fruits it bore in the twentieth century. Here we can see how the legacy of Byzantine Orthodoxy spread and then the transition to the consciousness that Orthodoxy must always be local and the attempts and hopes to make this a reality, together with the engagement with modernity and Western theology and philosophy..."

— From the Foreword by Fr John Behr

IVANA NOBLE is Professor of Ecumenical Theology at the Protestant Theological Faculty of Charles University, Prague, and responsible for a research project on Orthodoxy in the West, in which all four authors participate.

KATERINA BAUEROVÁ teaches at the Protestant Theological Faculty of Charles University, Prague, where she also earned her doctorate.

PARUSH PARUSHEV is former Academic Dean and Rector of the International Baptist Theological Seminary in Prague.